I really wanted to like this place.  Very badly.  Every time I visit The Mix, or OC Mix Mart, or SOCO, or whatever the hell that place is called, The Iron Press is always packed.  So on one sunny Saturday, I was stoked when there were tons of seats for my friends and I to sit down and grab some lunch.  I had been waiting months to have some chicken and waffles.

END_OF_DOCUMENT_TOKEN_TO_BE_REPLACED

It has been hard trying to keep up blogging, working, and eating out as much as I should, so when I had a free Saturday morning, I knew I had to skip Rooster Cafe and try a new spot.  Unfortunately, Vitaly was a bummer. 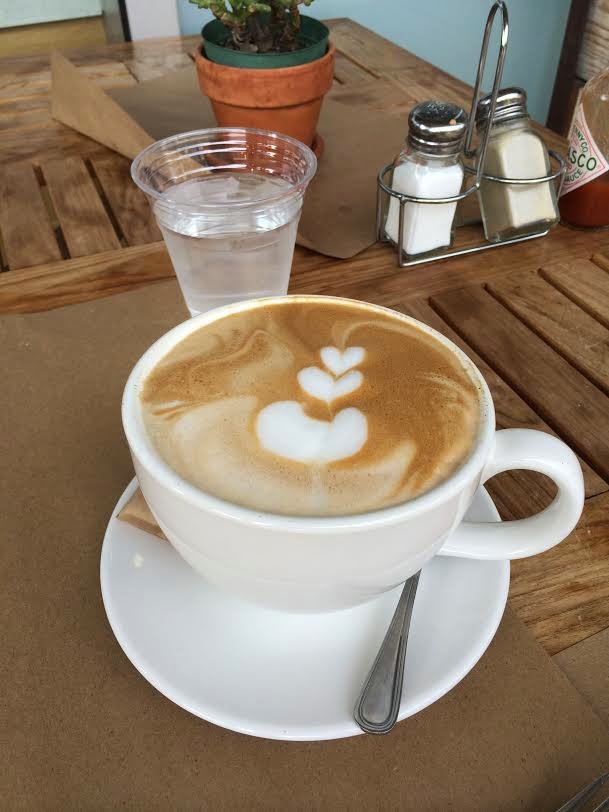 Vitaly is tucked in the back of the Camp in Costa Mesa.  It is an Italian (fairly authentic) restaurant that serves, breakfast, lunch and dinner, has a coffee bar, gelato and baked goods.  It really tries to offer everything you could want.  The dinner sounds really good – homemade pastas; the baked goods are tasty; and the coffee options are delicious.  However, the breakfast was unimpressive. 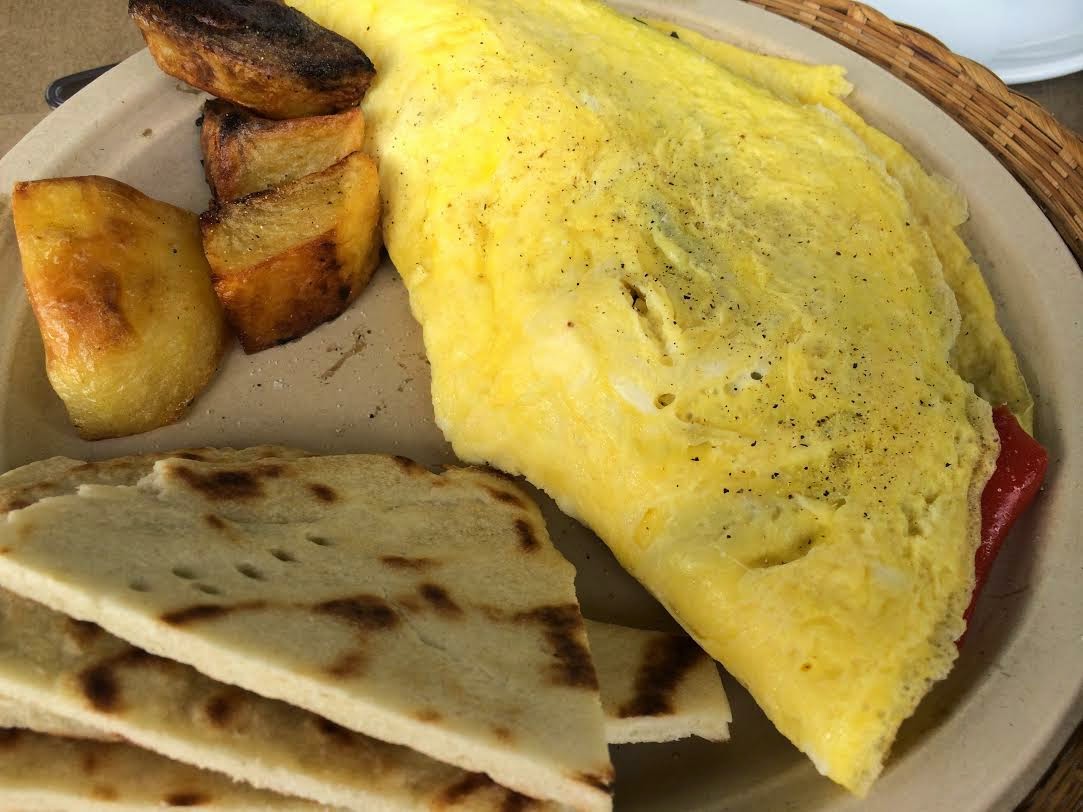 For $8.50, you get your choice of a three egg scramble or omelet. However, if you want anything in your eggs its at least another $1.00 for every item you add.  The eggs come with potatoes, but I was only given 4 potatoes…yes F-O-U-R.  It also comes with a side of some type of pita bread but the bread had zero taste.  So you pay $8.50 for three eggs.  It wasn’t that the omelet tasted bad, it just isn’t worth the effort of going to the Camp, dealing with parking and spending $9 to still be hungry.
3.0/5.0 because the coffee is great, but I will try the dinner just to round out the review.
If you don’t remember, I visited The Playground for dinner a few months ago.  It was so good (especially the fried chicken – dont ask just get it).  So when my boyfriend’s plans for our brunch fell through (aka he didn’t check to see if the restaurant was open on Sundays), I remembered the Playground serves brunch and we headed over to try it out. 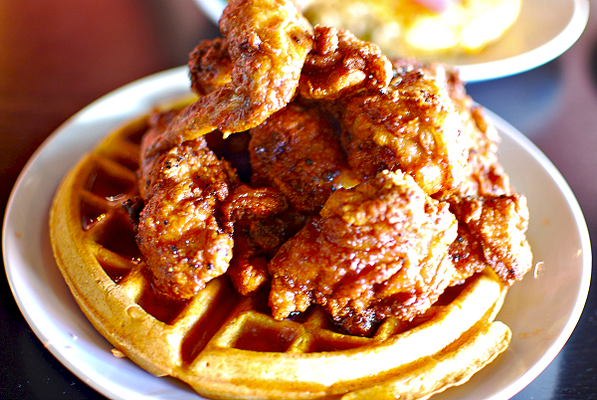 END_OF_DOCUMENT_TOKEN_TO_BE_REPLACED

It is so exciting to me when great LA restaurants make their way to Orange County.  I mean ideally I would rather these places start in OC, but well…you know… So when I found out that Mendocino Farms was opening on 17th Street in Costa Mesa, I couldn’t be more excited.

The first location opened in Downtown LA several years ago.  The lines haven’t stopped since then.  It is a sandwich, salad and soup place that uses fresh ingredients.  It is more than a deli, and it is made to order.  There are strange sandwiches, some normal sandwiches but mostly delicious sandwiches.

Last week, I took some co-workers to try it out.  It was a lot of pressure because if they didn’t like it, it was all my fault.  Luckily they (allegedly) enjoyed it.  The only OBNOXIOUS thing was that our food took over FIFTEEN minutes and we were THEE last people served at the restaurant.  It doesn’t sound like a long time but when you have to bill every minute of your day it felt like an eternity.  (I really am in the curse of poor service lately).  I am hoping that next time I go I can be 100% enthused about of this place because it really is great food!
I have had tons of the sandwiches – the MBT or Not so Fried Chicken are probably my favs – so this time I tried a salad.  I actually was pleasantly surprised.  I got the chicken prosciutto salad and it was SO much food.  It needed more acid (maybe a vinegar dressing instead of olive oil and basil), but I was so full and all the ingredients worked well together that I would actually come back and get a salad – and at a sandwich place, who knew!
4.5/5 because of the god damn poor service, again.

Growing up in Los Angeles meant that I had many types of food available everyday.  My dad loves Thai food so we often ate it two or three times a week (no exaggeration).  In San Francisco, I found the best Thai restaurant I have ever had – Marnee Thai, and since then I have been utterly disappointed with the Orange County options.  So when one of my co-workers told me about “the best Thai food in OC” I was SO excited. 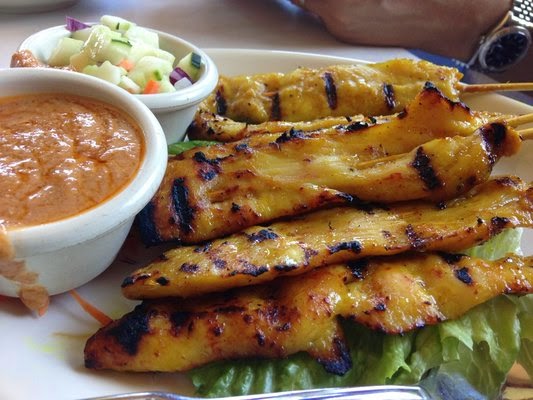 I have driven by Royal Thai many times, but haven’t stepped tried it – until last week.  A group of my co-workers and I went for lunch on Monday.  First red flag, it was empty.  We sat done and was handed the lunch menu.  I ordered the special, along with everyone else – but it was a pretty standard menu.  I got the Pad Thai because 1) it was recommended and 2) I judge Thai places off this dish. 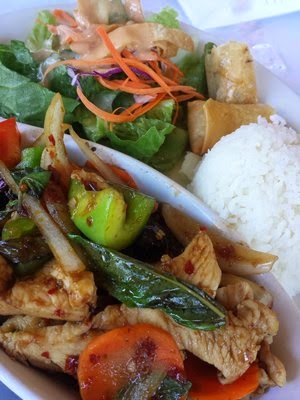 Well it was pretty unimpressive.  No it wasn’t bad, and yes I ate almost all of it, but it wasn’t the typical Thai that I have had at real restaurants.  The noodles weren’t great, and quite different than anything I had.  The tofu (yes I like tofu with pad thai) was just ehh, the egg roll was a typical Chinese egg roll, and apparently I need rice to have noodles?  I don’t know the whole thing was quite confusing and since this meal I have heard of some new places to try Thai so I don’t think I will be coming back here… 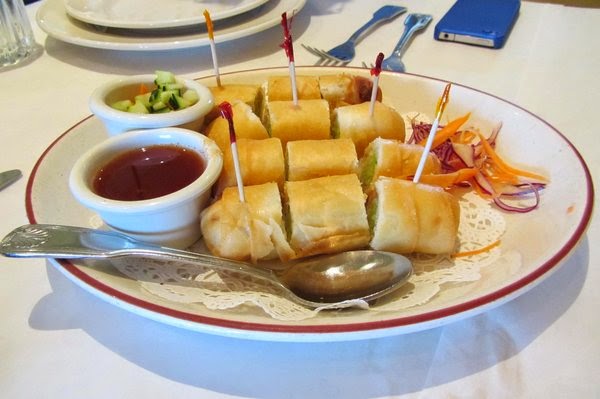 2.5/5 for edible but not authentic Thai Food.

Or should I say Slow.  Granted we had a party of 14, BUT STILL!!!! We had reservations and it still took 30 minutes to sit down.  I mean, if you can’t seat us for that long at least offer us a drink.  It was an hour before we even got our orders in. 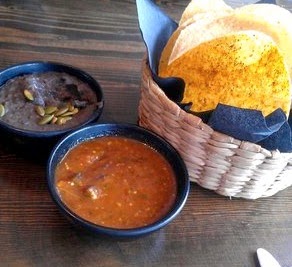 The margs were…eh.  The service I can look past this one time, but its essentially a Javier’s menu (and pricing) without the fun that Javier’s provides (aka coug watching).  Pluses: you get beans and salsa with chips; Cons: the chips are horrible.  They put some sort of seasoning on it but it doesn’t taste like anything and is just messy.

Tacos were pretty cheap for taco Tuesday, but they aren’t anything special.  I ordered two chicken tacos and a fish taco.  However, as we know I am lactose intolerant and so I asked for no dairy.  Oh it took them FOUR tacos to finally figure out how to not put the cream sauce on the fish.  I’m not kidding you.  I know I am a B for having dietary needs but what if it was as bad as a peanut allergy – I mean I could have sued!  Anyway, once the fish taco was done correctly it was actually really good!  Too bad it took them 45 EXTRA minutes to get it to me so I was already full on the bad chips and my two other tacos.

2 out of 5 tacos for horrible service and just mediocre food – skip for something better
I may be a bit of an Italian food snob, but I do try and like all Italian restaurants.  I had a horrible week at work and needed a night out, so my boyfriend and I decided to try Ecco at the Camp. 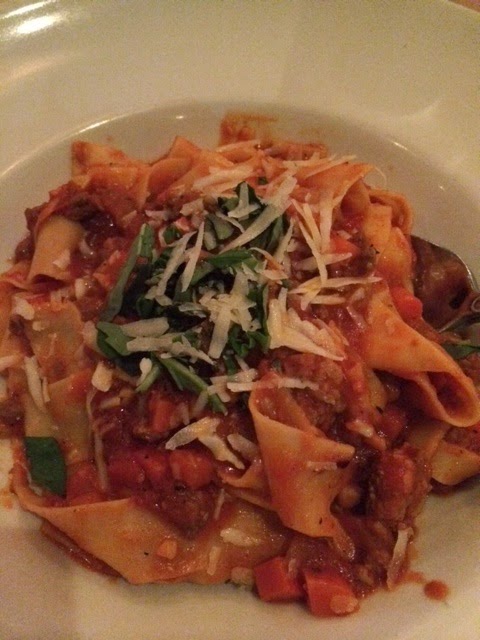 I had been here a few years ago and they had wine flights that were really good.  However, in that period of time, they got rid of it.  First red flag.  We sat at the bar because it was crowded and we wanted to get in and out quickly.  It took about 8 minutes for someone to even say hello to us.  That same waitress decided that she would rather talk to other staff and her regulars then wait on us.  In fact, I was halfway through my meal before she realized she never gave us the water we asked for when we sat down.  Red flag two. 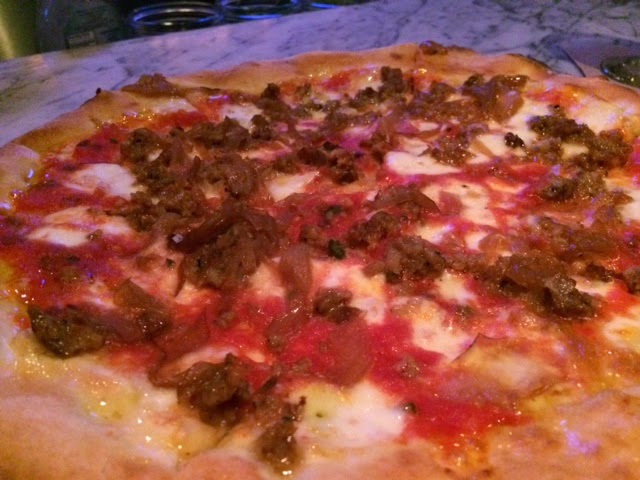 I ordered the pappardelle bolognese and my boyfriend got the sausage pizza.  Both were okay, but the marina was just so plain.  Nothing stood out, yet the bill was outrageous.  This was the last straw.  The best part of the meal was the truffle oil mushrooms.  I had the idea to put them on the pizza with a fresh sprig of basil.  It was so much better and really made the pizza stand out.  My boyfriend and I agreed that it was the best part of the meal.  (And I am no cook, so clearly this was a simple idea.) 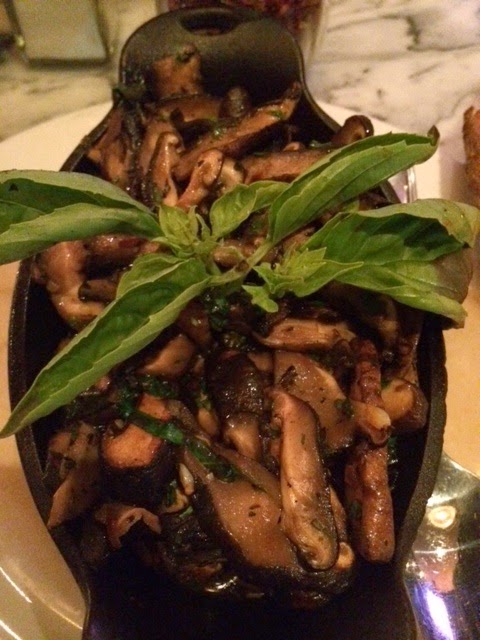 Unfortunately I will have to say that this place just isn’t worth your time.  Maybe if you want some wine or beer, then they have a good selection, but the food is just unimpressive.  I would suggest skipping this place.  They do have a brunch though, has anyone tried it?
2/5 pizza pies for mediocre food and poor service