I have a love hate relationship with craft beer.  I love how good it tastes, I hate how bad it makes me feel the next morning.  For those that don’t know, craft beer means it comes from a brewery that makes a limited supply of that type of beer.  That’s it, but apparently it’s the trendy thing to do.
For a fun escape from the OC, my boyfriend took me to San Diego for a few brewery tours.  Living in San Francisco for three years, I was forced to love craft beers.  San Diego is also a mecca of these types of beers and we easily found several to try.
We started off our day at Green Flash Brewery.  We did a brewery tour and tasting.  The tour was an hour long and was VERY informative.  If you aren’t interested in the making of beer, don’t do it – you will be so bored.  I enjoyed it because one day I would like to try to home brew (you know in my spare time).  Green Flash is known for their West Coast IPA.  IPA’s are very bitter and what beer drinkers call “hoppy.”  I personally love it, but it’s not for everyone.

The great part about this brewery is that it has Food Trucks to satisfy those munchies that happen after drinking too much beer.  That night we got some waffle nacho fries and chow mein.  Both were pretty delicious, and by that point I would have eaten anything.

Next, we went to this restaurant called Waypoint Public in North Park.  It was a fairly new restaurant but they had more craft beer options then food options.  We got another round of beers and split a burger and fries.  Here is where the fatty in me needs to tell you how tasty this place was.  If you have the option, go here.  The fries were unbelievable to be honest.  The burger was good but I could have had a whole meal of those fries.  Even if you don’t have the option, go here. 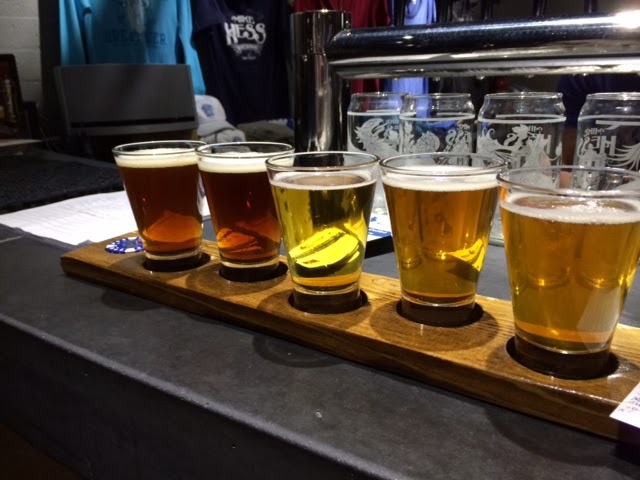 Then we went to Hess Brewery.  I got the flight (of course I did) and had a few IPAs, a Pale Ale and some weird beer of the season.  I hated ALL of them.  They were just so hoppy – even for me.  I would skip this place for the beer, but the vibe was pretty good.  They even have board games!
We ended the night at this place called Coin-op Game Room.  Skip it.  Honestly it was a disaster.  The beer selection is great but its theme is literally an arcade, there are games everywhere and the layout just makes it very crowded and loud.  (Guess I am getting old.)  San Diego is a great place to visit for beer and food, and only a couple hours away.  Check it out.

Sometimes you have to get away from the OC.  An easy day trip is down to San Diego for some fun.  While the outlets may be calling your name, try to remain focused on your mission: Stone Brewery. 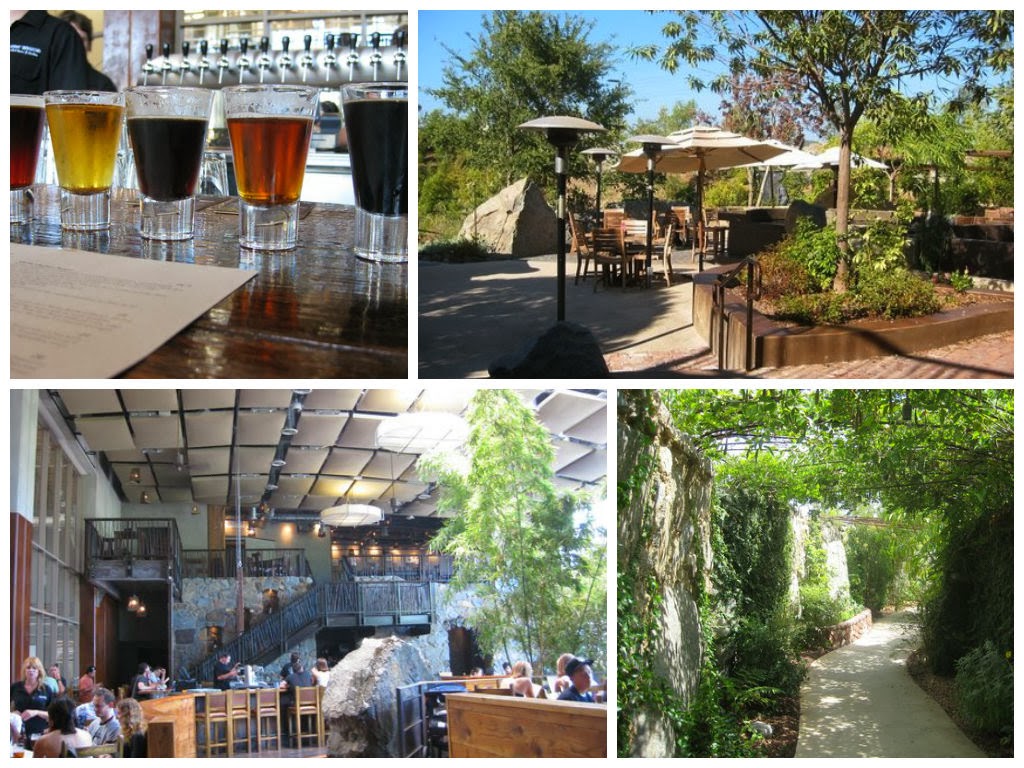 Even if beer isn’t your “thing,” give this place a shot.  Every party needs a Designated Driver, so find that one person who likes Coors Light and sucker them into it.  Once you drive to Escondido (leave around 9:30am to miss beach traffic), you will walk into one of the most unique places I have ever been.  Stone has a restaurant, a bar, and a garden you can walk around.  They also have $3 brewery tours, which to be honest suck.  But for $3 you get 4 tastings, and if you are nice they may give you some extra pours.  The food is supposed to be very good, so its worth a drive out there.  Definitely take your time and walk around the garden with your favorite Stone beverage.  Whether for a celebration or just getting out of town, this is a fun day trip from OC.